What is special about the Loyola Environmental Communication Program?

There are several fine academic programs in Environmental Journalism in the United States. Due to the particular university, its location, and its faculty, each program has different strengths that should be considered by prospective students. The following are some of the qualities of Loyola's program that set it apart from other such programs:

Instead of focusing only on journalism, the Loyola program includes the following sequences: journalism, public relations, advertising, and media studies. This diversity allows students to interact with faculty and 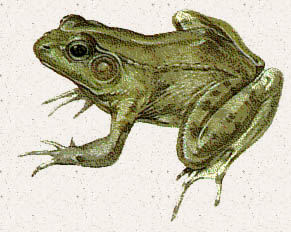 A student in this program will become part of an award-winning heritage. Over the past several years, groups of Loyola students have excelled in national competitions - Public Relations Society Student Association (Bateman Competition: 1st in the nation 7 times; in the top 3 in the nation 7 other times), National Student Advertising Competition (1995 - first in nation; 1996 - 2nd in nation; 1994, 1995, 1996, 1998 - first in district; this tradition continues as well), Society for Professional Journalists (1998 - Outstanding Campus Chapter), and The Maroon, our school newspaper, has been a consistent national competitor since 1944, having placed first in the Associated Collegiate Press competition's Pacemaker Award (basically the Pulitzer Prize of college newspapers) many times and normally finishing as a finalist.

Loyola's program is involved in the community

A hallmark of Loyola's program is the Institute for Environmental Communication (IEC). Citizens from business, the scientific and environmental communities, government, and the rest of the Greater New Orleans community are encouraged to participate. The IEC consists of a semester's worth of meetings during which participants will be exposed to a variety of environmental concerns and issues with discussion led by the region's environmental leaders.

Additionally, Loyola faculty and students are actively working on several projects that are increasing communication among industry and its many stakeholders. This environmental intervention is intended to enhance the potential for win-win solutions to environmental issues.

Loyola's Program Focuses On Critical Issues That, As A Group, Are Unique To Louisiana But Have National Impact

Louisiana has a number of nationally important natural resource related activities that may, if improperly managed, be very environmentally damaging. If managed well, they will fulfill their locally and nationally important roles, thus supporting a strong economy while minimizing harm to the environment. The primary areas of concern, which, taken as a group are unique, include:

No other region of the country has this much environmental pressure exerted on its resources and populace! Entities outside Louisiana's borders own and govern more than 80% of Louisiana's coastal zone and nearly 100% of Louisiana's petrochemical businesses.
Loyola's Center for Environmental Communication will focus on these issues, as well as those traditionally targeted by environmental programs (population, climate change, ozone depletion, etc.).

Loyola's program is directed by a Ph.D. scientist who has a very broad background in the communication of environmental information

One of the benefits of having a variety of university programs from which to choose is that one can select a program with a particular emphasis. Some programs are directed by persons with vast experience in environmental beat coverage. Others are headed by persons with expertise in the field of communication research.

The Loyola program is headed by Dr. Robert A. Thomas, holder of the Loyola Chair in Environmental Communication. Dr. Thomas has a Ph.D. focused in evolutionary & tropical biology and has a continuing research program studying the snakes of Latin America. He was founding director of the Louisiana Nature Center and has been locally and nationally involved in environmental education since the 1960s. During his work in the nature center field, he helped found a national organization for nature center administrators and served on the American Association of Museums' Accreditation Commission. He has been very active in environmental and business related endeavors, and has served government in such capacities as being a member of the Governor's (and several different Mayors') Environmental Task Force, and he chaired Governor Jindal’s transition efforts in this field. Dr. Thomas is also involved in ecotourism through his association with the swamp tour industry. As a tropical biologist, he is active in Trinidad (on the board of the Asa Wright Nature Centre) and Belize (teaching tropical biology and training journalists to cover the environment).

Due to his interest in the tropics, Dr. Thomas involves his students in projects abroad. His students produced a video entitled "Trinidad: An Island of Conservation," a brochure on medicinal plants for H'Men Botanical Gardens in Maya Centre, Belize; and a public relations/advertising portfolio for the Maya village of San Miguel in Belize.

He also formerly served as Senior Environmental Advisor to the Government Policy and Regulatory Affairs Team at the Mullikin Law Firm based in Camden, SC.

Over the years, Dr. Thomas has played many roles in the local environmental movement. He presently involves himself in projects that encourage active and fruitful communication among industry and its many stakeholders.

The School of Communication & Design at Loyola has an excellent faculty offering theory and practical experience in journalism (including photojournalism), public relations, and advertising. The school's labs are modern and Loyola's communication students never lack for opportunities for projects and internships. They are highly employable - even before graduation!

The university has a diverse Environment Program that includes courses and faculty in the fields of biology, chemistry, philosophy, English, communication, mathematics, sociology, religious studies, and business.

This range and depth of faculty experience, coupled with the enormity of environmental concern for Louisiana's environment, gives Loyola students an endless array of potential projects and practical experiences.