"He pointed ahead: 'That used to be a plantation down there  bigbig.'  Now it was water.  'She's going fast.'"

Harnett Kane, The Bayous of Louisiana, 1943.

". . . this delta division (St. Bernard Parish) has been destroyed as a result of wave action and by sinking."

H. J. Chatterton, Development of the Deltas of the Lower Mississippi, 1938.

Many people who frequented Louisiana's coastal marshes noticed that changes were occurring.  Places that had once been dense marsh were now open water.  There were places where swamps had died and were replaced with salt marsh.  Open bodies of water were getting larger.  Finally, the U.S. Fish and Wildlife Service compared topographic maps of 1956 to those of 1978.  For all topo maps in the Louisiana coastal zone, they calculated how much vegetated wetlands existed in 1956, then they did the same on the 1978 updated topo maps. 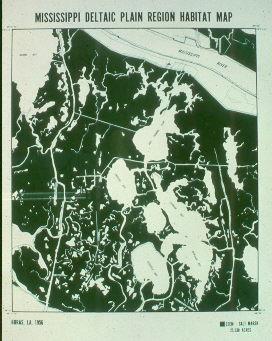 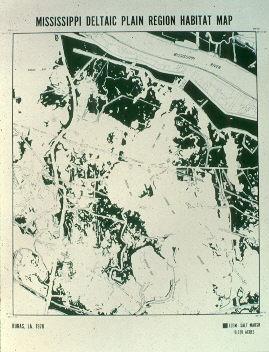 What they found was staggering!  In just 22 yr, Louisiana had lost an average of 50 sq mi of coastal wetlands per year  marsh changed to open water!

One will see figures regarding marsh loss that range from 16.5 sq mi/yr to 39, 60, and more.  There are even a couple of graphs, plotting information given by various authors, which indicate a geometrically increasing loss rate as time goes by. 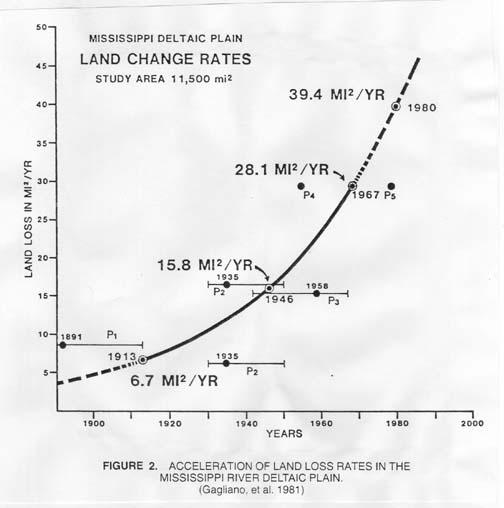 Those data used to calculate what changed before the 1956-1978 study were acquired with the use of existing aerial photos and are not as exact as data collected from GIS research today, though they are generally accurate.  Techniques are improving and the best information we have is that of the U.S. Fish and Wildlife Service for the period between 1956 and 1978 and a series of Corps of Engineers studies for changes between 1930 and 1990 (Ural and Ural, 1990; Dunbar et al., 1990; Dunbar et al., 1992).   None of these data-based studies ever suggested a loss rate of over 50 sq miles per year.  The aforementioned studies' data provided the following information:

These two agencies used somewhat similar methodologies that varied just enough to allow for the 20% or so discrepancy.  USFWS used vegetative cover, floating or rooted; USCOE used only rooted vegetation.

The truth is that about 50 sq mi per year were lost on the average for each of the 22 yr between 1956 and 1978.  The Corps study found that, for their study period (1983-1990), the rate had dropped to an average of 25 sq mi per year.  A map study done for 1993 indicated an accelerated loss of marsh, but further analysis showed that the aerial photos were taken during a strong southeast wind, so much marsh was unnaturally inundated so the conclusions were not valid.  Updated studies from both USFWS and USCOE will be available soon that will inform us of even more recent trends.]

The loss was not the same everywhere along Louisiana's coast.  In some places it was fast, in others, slow.  It tends to be faster in more recently abandoned deltaic regions and slower in the older regions.  This tendency is due to the older ones having already eroded extensively.  At the mouth of the Atchafalaya River, the delta has grown!  Even for a given location, the rate of loss changed from day-to-day, month-to-month, year-to-year. 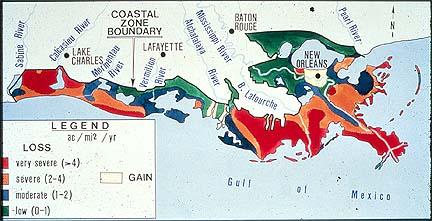