Living By The Seasons

LIVING BY THE SEASONS IN AMERICA'S WETLAND

Many people who live in America’s WETLAND live by the seasons, meaning that they acquire many of their food needs by harvesting Louisiana's bountiful natural resources.  This is a very important part of our culture, and in important ways defines our way of life.  Examples include:

The following figure is an interesting graphic presentation of how people in the Chenier Plain (coastal southwest Louisiana) live by the seasons.  This is from a 1998 book by Gay Gomez (A Wetland Biography.  Univ. of Texas Press. 0-292-72812-3). 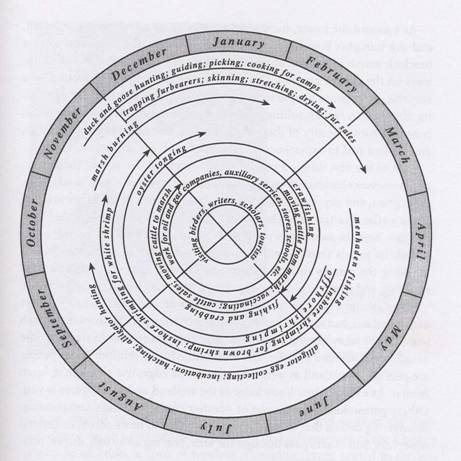 The following table is another graphic illustration of how Cajuns live by the seasons in the Atchafalaya River swamps (from Greg Guirard’s book Cajun Families of the Atchafalaya,  p 29). 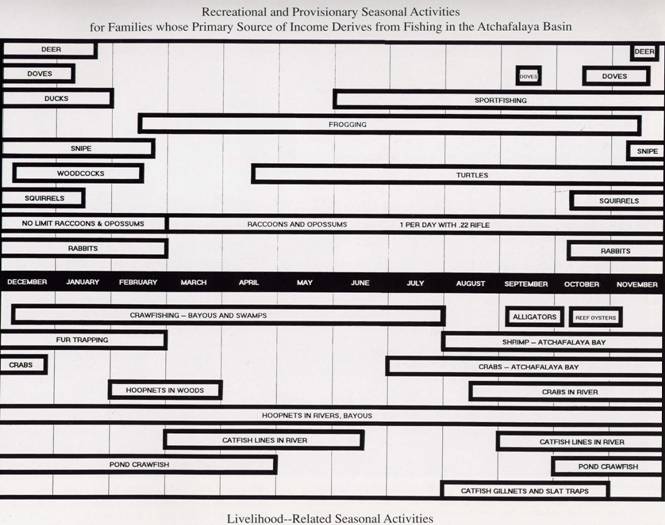