Soil Definitions and Cross-sections of Metairie and New Orleans

SOILS (the definitions and descriptions below were taken from various publications of the local U.S. Soil Conservation Service).

The following are some terms that help define and understand soils.

Alluvium - Material, such as sand, silt, or clay, deposited on land by streams.

Association, soil - A group of soils geographically associated in a characteristic repeating fashion.

Horizon, soil - A layer of soil, approximately parallel to the surface, having distinct characteristics produced in soil-forming processes.

Profile, soil - A vertical section of the soil extending through all its horizons and into the parent material. 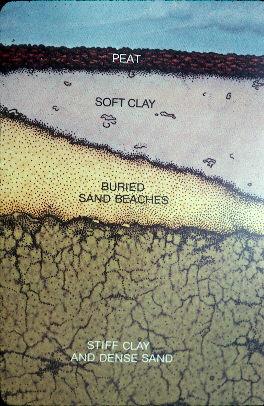 Stratigraphy – the study of layers (strata) of rocks laid down over geologic time. 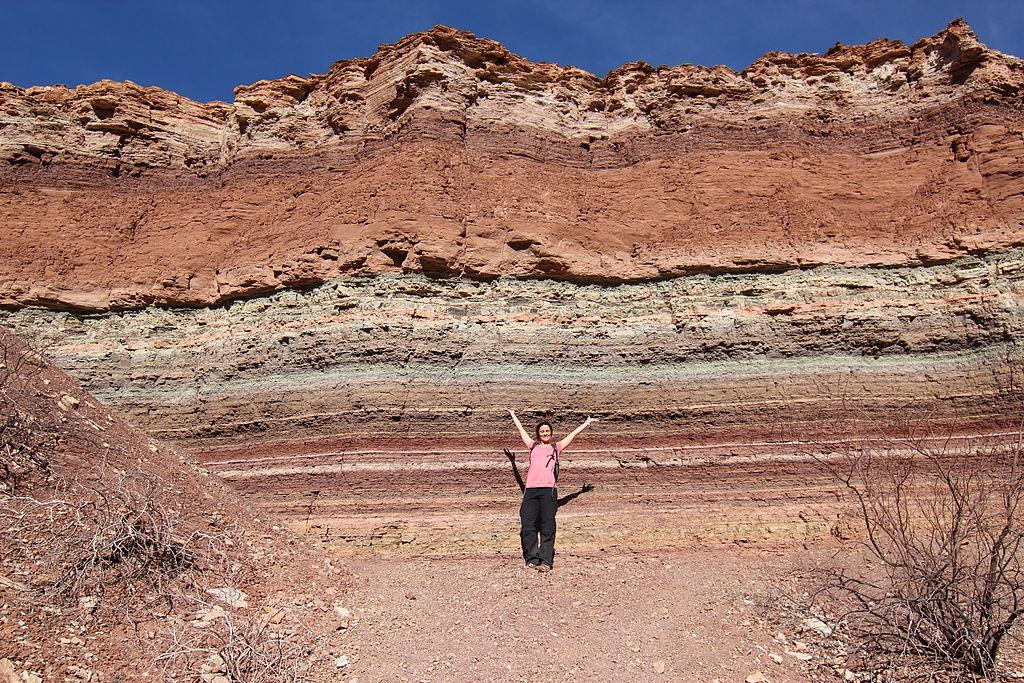 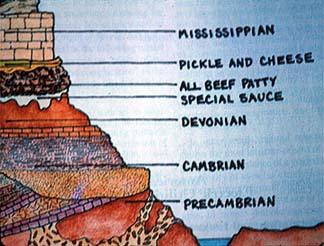 Humus - The well decomposed, more or less stable part of the organic matter in mineral soils.

Leaching - The removal of soluble material from soil or other material by percolating water.

Loess – Soil that is mostly silt that arrives by the wind (by Aeolian processes).  The cliffs of Natchez, Mississippi are all loess, having arrived over time from the west.

Muck (=sapric soil material) - Organic soil material in an advanced stage of decomposition making it impossible to identify plant parts with the unaided eye.  Muck has the least amount of plant fiber, the highest bulk density, and the lowest water content at saturation of all organic soil material.

Sand - As a soil separate, individual rock or mineral fragments from 0.0625-2.0 mm in diameter.  Most sand grains consist of quartz.  As a soil texture class, a soil that is 85% or more sand and not more than 10% clay.

The following are definitions of colloquial soil terminology:

Buckshot - high clay content.  When wet, it gets sticky.  When dry, it can be crumbled into dry, angular pieces the size of buckshot.

Coffee grounds - soil from former freshwater marshes that has been dry for 50 yr or more.  It has decomposed as far as it can, is inert, has lost its elasticity, is black and grandular (and remains grandular when wet). 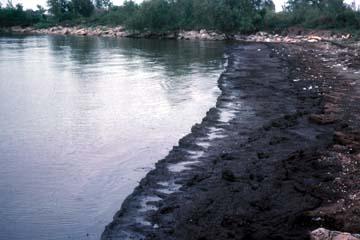 Coffeeground soils in Lake Pontchartrain near the LaBranche Wetlands. 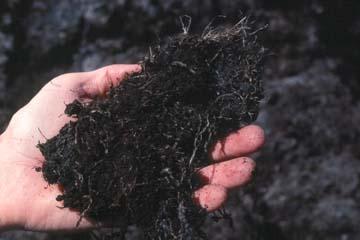 Coffeeground soils have a rich organic aroma and do not soil the hands.

GEOLOGISTS HAVE STANDARDIZED HOW THEY NOTE THE SIZE OF SOIL PARTICLES: 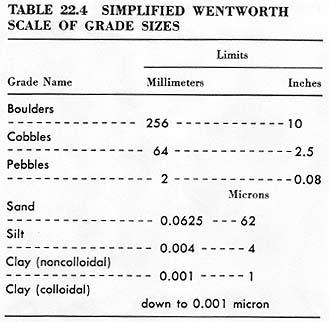 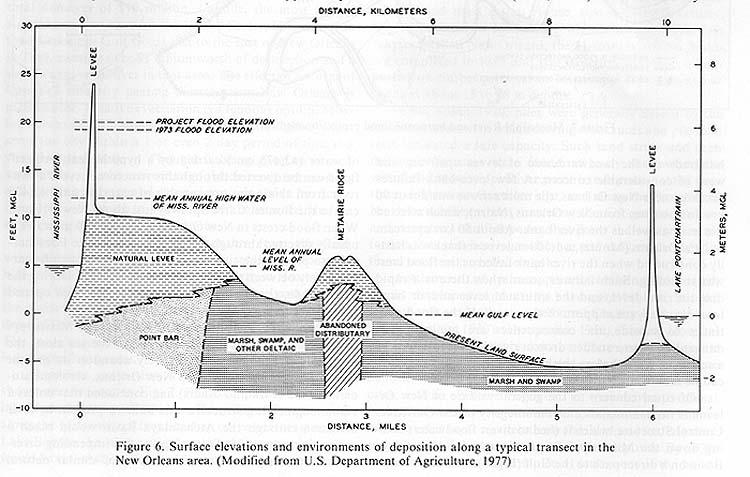